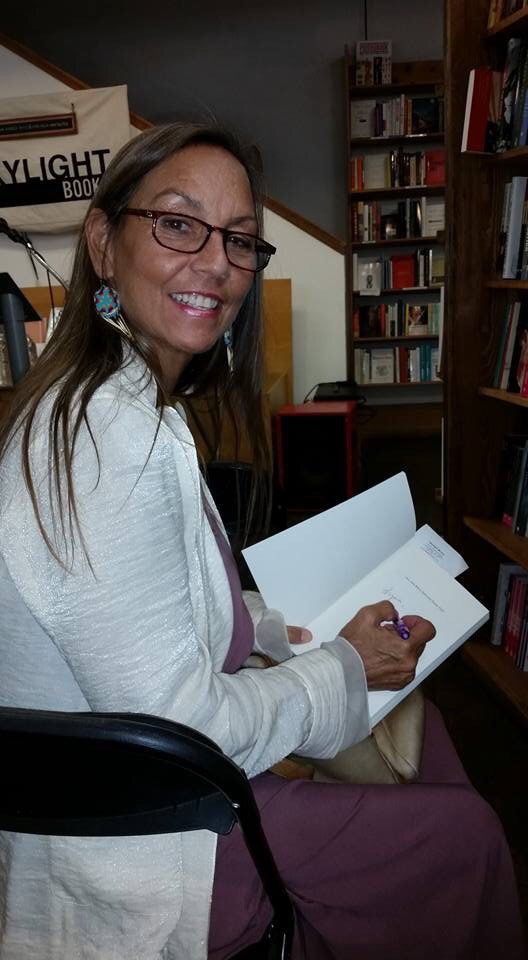 It’s been far too long since I last made a blog post here, and for that I apologize. But now is a good time to pick it back up again, given that we have now entered the time of year when America talks about Indians. And also the fact that our new book is now out on the market, enjoying an astounding level of success right out of the starting gate, only a week since its release. As of this morning Amazon rated it its #1 bestseller in the Native American history category, ranked at 783. That means that out of around 1 million books being sold at Amazon, for now our book is the 783rd most popular book. A great start by any measure.

We have an amazing public relations department at Beacon Press, which is why the book is doing so well. We’ve had tons of media attention, and Roxanne and I have been scrambling for weeks to keep up with interview requests for blogs, articles, radio, and TV. This, all in addition to the ongoing success of Roxanne’s previous book, An Indigenous Peoples History of the United States (for which she still is traveling and giving talks), and my regular work at the Center for World Indigenous Studies and Indian Country Today. We have also begun an ambitious book tour for this new book, whose official kick off was at Skylight Books in Los Angeles on October 4. We have dates this month in the San Francisco Bay area; in November we go to the Southwest, the Midwest, and the Pacific Northwest; and in December we go to the East Coast. For more about our event locations see the events link in our website, and on our Facebook page. Also on our Facebook page you will find links to some of the interviews, reviews, and excerpts the book has received so far.

But what I want to talk about now is how in the interviews Roxanne and I have been giving, most of the interviewers have been astute enough to make the connections between the history of the United States and Native Americans, and what it has to do with today. That is, after all, what the book intends to do overall–which is to un-erase Indigenous peoples from the discursive social landscape of the US. Right now with the #NODAPL movement gaining steam in the press, these journalists have been able to talk about what it means to abandon Columbus Day in favor of Indigenous Peoples Day and highlight the fact that the standoff at Standing Rock is just the most recent act of Indigenous resistance to capitalist exploitation, in the form of what we could call environmental imperialism.

The Young Turks had a good piece, busting the Columbus myth, and it represents a snowballing trend of media responding to the fact that more and more cities are jettisoning Columbus Day for Indigenous Peoples Day. Lest we rest on our laurels, however, believing that it is enough to simply change a national holiday that is a celebration of imperialism, the bigger point for Native peoples in the US is that the narrative of discovery has been woven into the legal system to which Native people are now subject, without their consent. This is what the Young Turks and many others so far fail to grasp. It shouldn’t be just about making the dominant society feel good about abandoning a history that celebrates atrocity. It must follow through the historical trajectory that led to the doctrine of discovery and other legal principles that construct Native people as inferior and therefore in need of the paternalistic, oppressive policies that still govern the relationship between the settler government and Native nations.

Still, Roxanne and I both acknowledge that there is definite progress being made in American discourse about these very troubling realities. All eyes are on North Dakota right now, and the federal government is on trial in social media, dependent upon how it handles the pending lawsuits and permits for the pipeline. There is an important choice to be made right now: actually live up to its trust obligation to be a protector of Indian treaty rights and resources; or business as usual, and allow the rape and pillage of Standing Rock’s sacred sites and risk its only source of drinking water. I’m not making any bets because I know my history too well.

Dina Gilio-Whitaker (Colville Confederated Tribes) is a lecturer of American Indian Studies at California State University San Marcos, and a consultant and educator in environmental justice policy planning. Dina’s research interests focuses on Indigenous nationalism, self-determination, environmental justice, and education. She also works within the field of critical sports studies, examining the intersections of indigeneity and the sport of surfing. Dina is co-author with Roxanne Dunbar-Ortiz of Beacon Press’s “All the Real Indians Died Off” and 20 Other Myths About Native Americans, and her forthcoming book, As Long as Grass Grows: The Indigenous Fight for Environmental Justice from Colonization to Standing Rock, is scheduled for release by Beacon Press in April 2019.
View all posts by Dina →
This entry was posted in Uncategorized. Bookmark the permalink.

Ramblings, ruminations, and activism from an idealistic Lakota storyteller.

An Online Magazine of Environmental Politics in New Mexico

No matter what people tell you, words and ideas can change the world

A website on Hopi issues of the past, present, and future